Located on the crossroad of Europe and Asia, a fusion of Mediterranean and Continental Europe, the Eastern Rhodopes is one of Europe’s biodiversity hotspots. As a melting pot of cultures and rich cultural heritage, it is a place you can not miss. 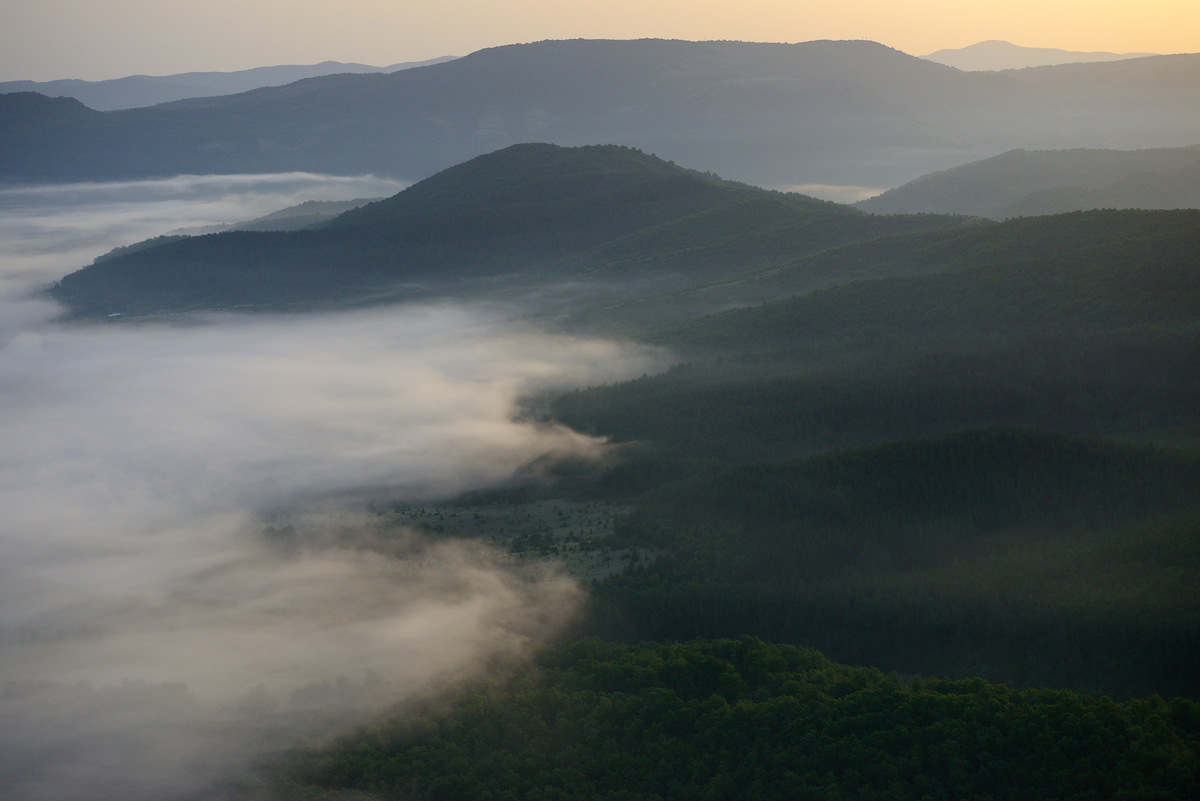 Bordering the Aegean Lowland to the south and the Thracian Lowland in the north, the Eastern Rhodopes stand out with their mosaic landscape of open grasslands, shrubs and forests, where diverse fauna and flora blossom. It is a land of diverse cultures and ethnicities, where one can explore Bulgarian, Roman, Thracian and Byzantine heritage. An area that goes beyond sustainable travel, and instead, focuses on regenerative tourism to support nature and communities.

The area of Madzharovo is rich in bird species and a place where visitors can see species such as griffon, black and Egyptian vultures, among others. Accordingly, several hides have been put in place so visitors can easily take photos. A good starting point in exploring the region is the Vulture Centre, where people could learn more about these bird species and even book a stay. This well developed infrastructure has established the Eastern Rhodopes as a very popular destination for birdwatchers.

In the area of Studen Kladenets, there is also the densest population of wild herbivores where visitors can see animals such as red and fallow deer, European bison, koniks, wolves, jackals, vultures. Likewise around Byala Reka watershed, there is a very diverse vegetation which is influenced by the Mediterranean climate. As a sparsely populated area, it is easy to notice orchids and free roaming sousliks, raptor birds or Karakachan horses. 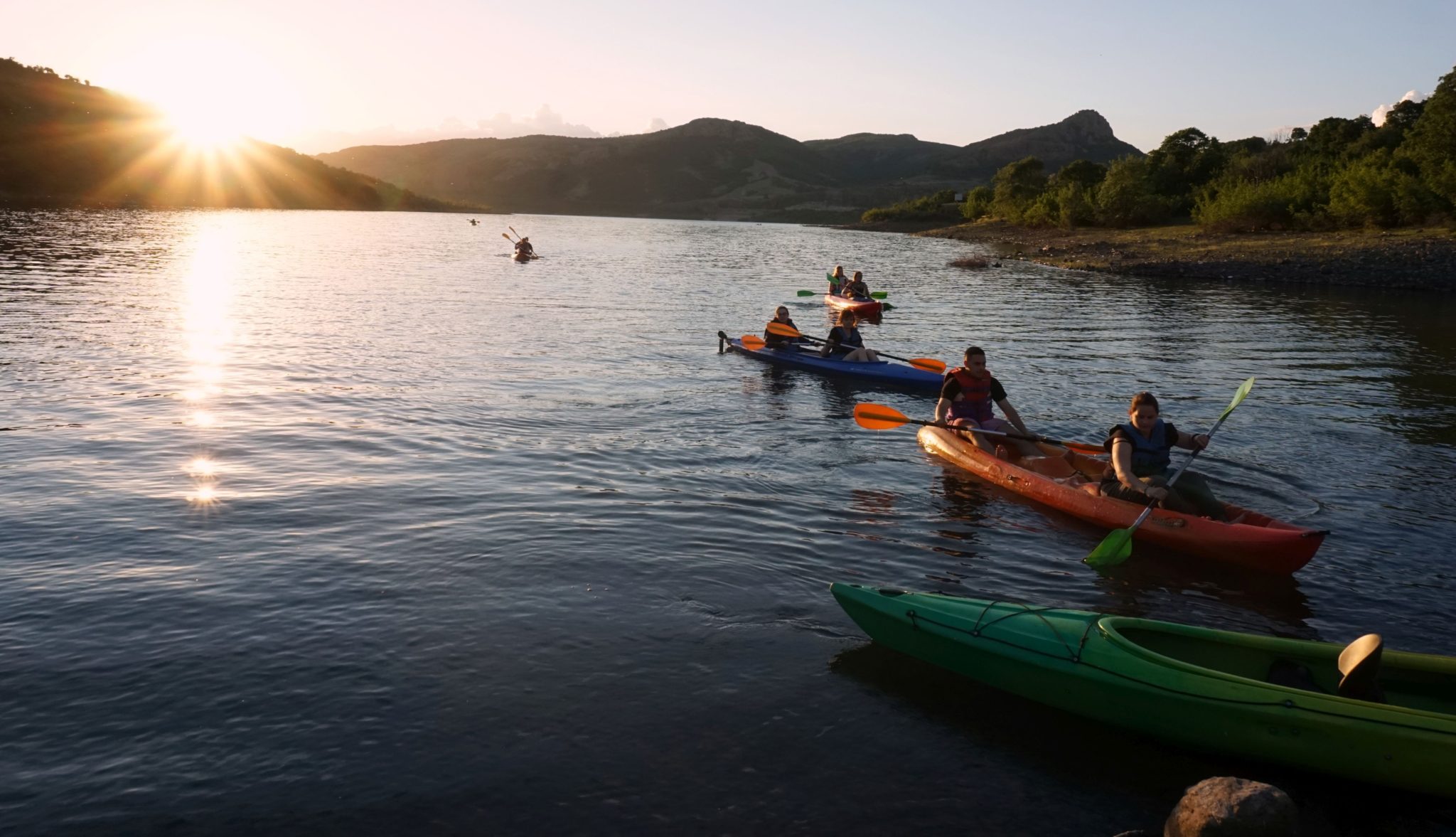 Student Kladenets lake is a great spot to combine outdoor activities and cherish nature. As well as the hiking possibilities in the Northern and Southern bank of the lake, visitors could also experience the rich flora through kayaking. In addition, river Arda in Madzharovo offers the possibility to kayak and observe Egyptian and griffon vultures flying above the river.

For the lovers of active tourism, there is also the TransRhodope mountain bike trail, which passes through different remote villages, fortresses, nature reserves, and multiple heritage sites along the Eastern Rhodope mountain. 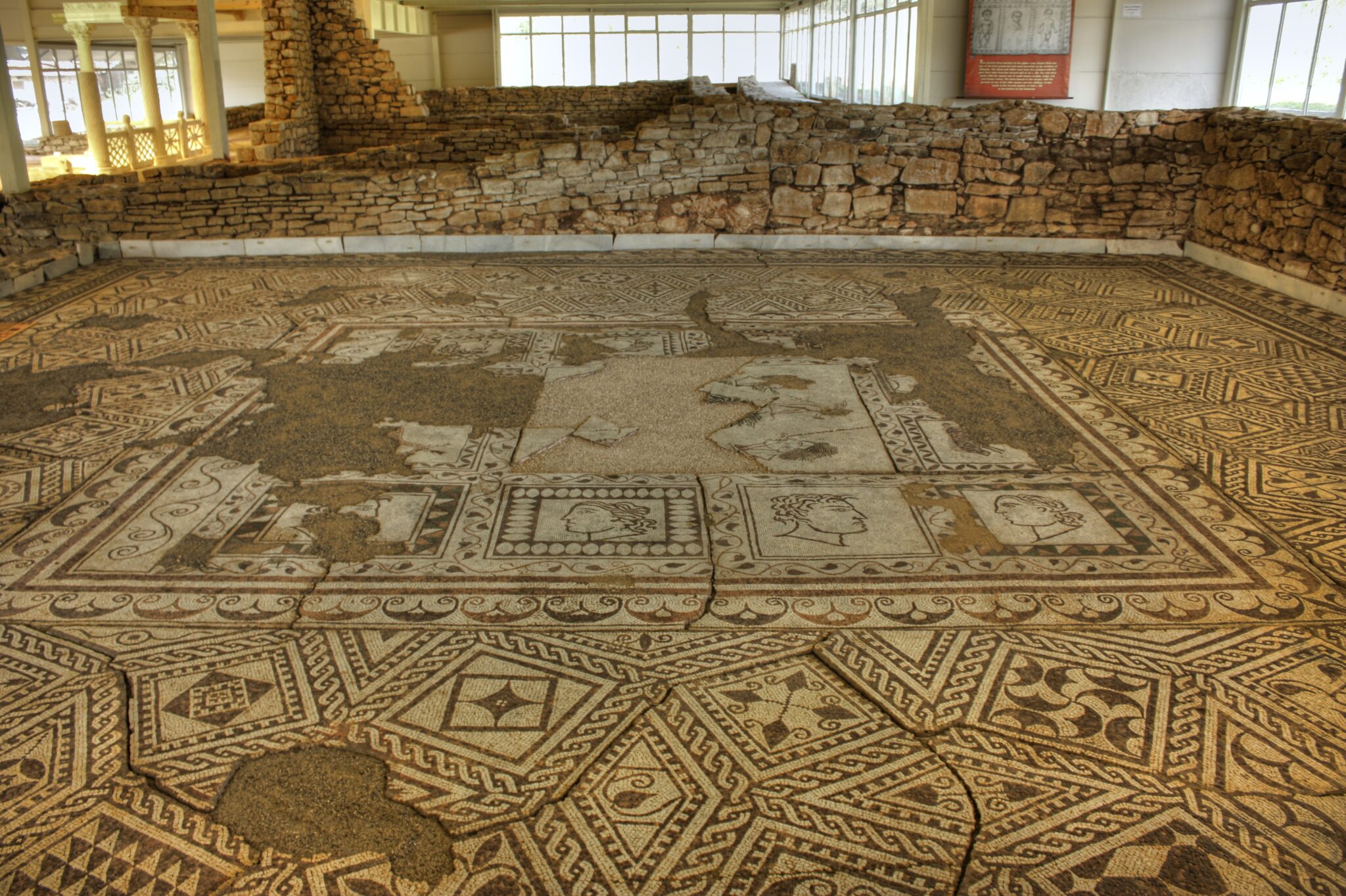 Heritage around every corner

Located on the borders of Europe and Asia, in the Eastern Rhodopes, travellers can enjoy a unique fusion of ethnicities, traditions and religions. Thracians, Romans, Byzantines, Ottomans and Bulgarians have shared this land and have left a rich variety of heritage and customs. Along with the multiple fortresses such as Mezek and Lyutitsa, dating up to Medieval times, here visitors can find one of the best-preserved Roman sites in Bulgaria- Villa Armira (Ivaylovgrad). A site that contains mosaics of more than 400m2 and a unique collection of marble decorations depicting gorgon Medusa. In close proximity to the villa, there is also a colony of ground squirrels and different species of raptors. 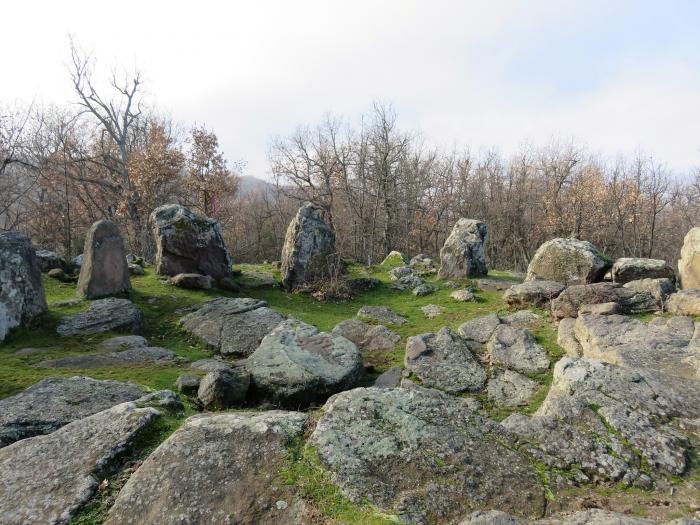 The ancient Thracians left significant heritage in the Eastern Rhodopes. Together with the ancient sites of Tatul, along the valley of Arda, there are unique Thracian ritual stone niches which are only observable in this area. Megalithic monuments such as the Deaf Stones Thracian Sanctuary, the Thracian cromlech (stone circle) and the Dolmens, provide travellers with an opportunity to enjoy nature while standing side by side with fascinating archaeological sites. Another Thracian heritage site that can not be missed is the Mezek Tomb, located in the outskirts of the village of Mezek.

A place to slow down and savour the flavor

A place to slow down and savour the flavor 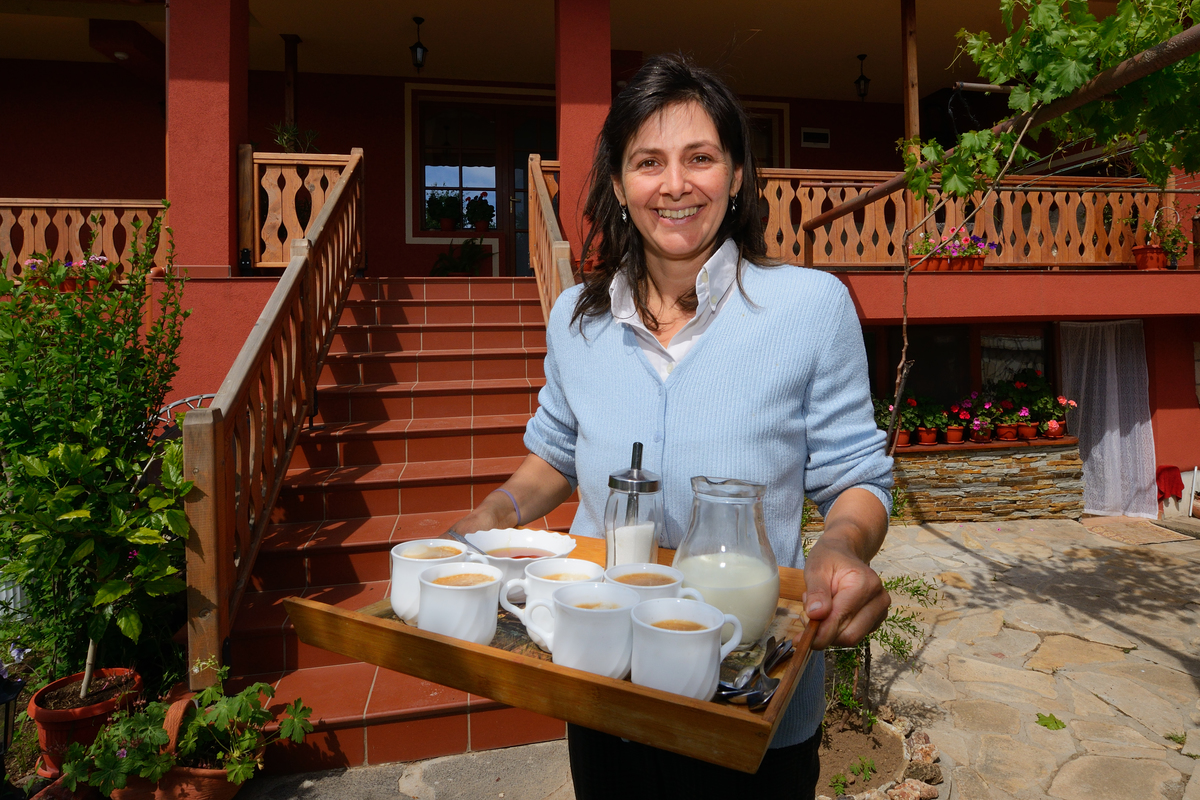 The „wild“ food of the Eastern Rhodopes

The blend of ancient cultures and present-day mix of ethnicities and religions in the area have facilitated the creation of a particularly rich cuisine. Locals take pride in the ecological products that they use and produce delicacies such as a tahini, white cheese, and cheverme (grilled lamb) that always charm visitors. Food culture is an essential part of the Eastern Rhodopes, and most of the accommodation establishments in the area offer different gastronomic experiences. 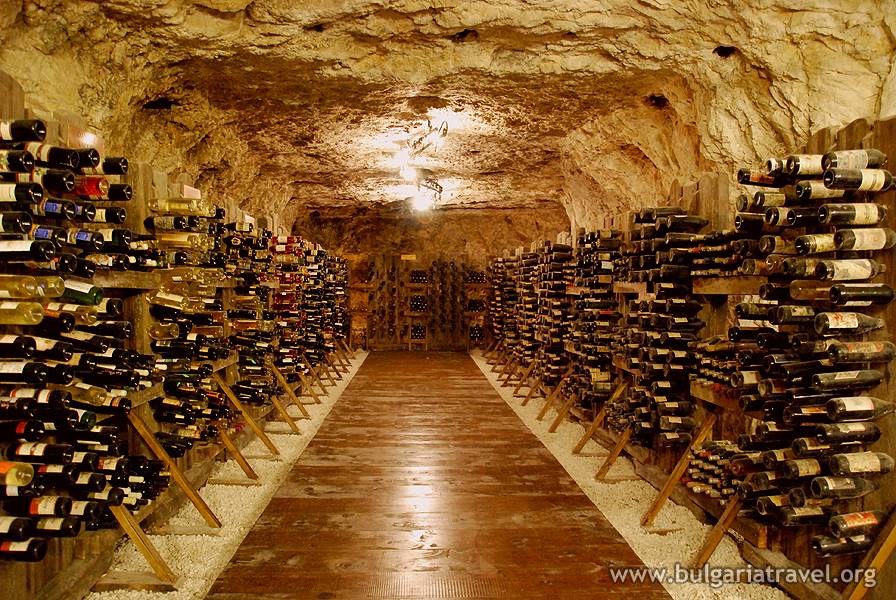 The spot for wine lovers

Wine was an essential part of the ancient Thracian culture, and it is not by chance that the Eastern Rhodopes is a perfect destination for wine tourism today.  Together with enjoying the unique biodiversity and heritage of the area, visitors can also visit one of the boutique wineries in Ivaylovgrad, Stambolovo or Mezek.