Meet the main heros on the wild scene

Meet the main heros on the wild scene

Located at the crossroads of the European and Asian continent, influenced by the Central European and Mediterranean climate and harbouring diverse and pristine natural habitats, the Eastern Rhodopes are home for many animal species. No less than 4,329 species belonging to 410 fauna families, typical for continental Europe, the Mediterranean and Anatolia, occur in the region, including many rare, endemic and relict species. The actual number is probably higher due to low intensity monitoring of various fauna families. Most numerous and abundant are various insect groups of which the colourful butterflies and dragonflies perhaps are most adored and biting, stinging and poisonous spiders, scorpions, scolopendras, bees and wasps probably are most feared.

It is not possible to describe the East Rhodopian fauna in full length in this paragraph. Only some striking fauna groups are highlighted here.

The Eastern Rhodopes really are reptile paradise. No place in Europe has a better variety of lizards (12), snakes (14) and turtles&tortoises (4). The mosaic landscape with a large variety of habitats and hot summers have favored thirty species. 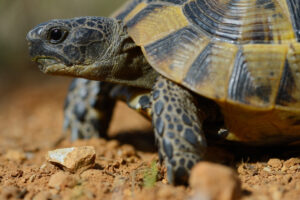 Lizards can be met almost everywhere in the countryside. Most numerous are green lizards and wall lizards which even can be seen in village gardens. Ecologically most interesting are those species restricted to specific natural habitat types. 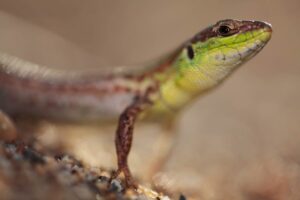 26 fish species have been identified in the water habitats  of the Eastern Rhodopes. Four small species of the carp family are endemic in the on the Balkans: Chondrostoma  vardarense, Vimba melanops , Barbus cyclolepis and Sabanejewia balcanica. 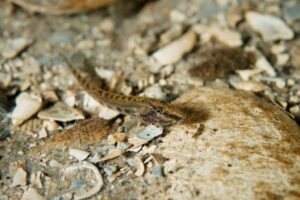 Because of its location on the edge of the European and Asian continent, the pristine landscape and the variety of habitats, the impact of the Mediterranean and the relatively weak human disturbance, the Eastern Rhodopes has become a favorite place for many bird species. 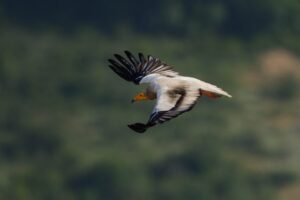 Flora in the Eastern Rhodopes

The geographical position on the European continent (near the Mediterranean and near the Asian continent), its geology and its climate determine the region of Eastern Rhodopes as one with the richest biodiversity in Europe. In the Eastern Rhodopes are found species typical of the flora of both Europe and the Mediterranean and of Caucasus and Anatolia.

So far there have been found nearly 2,000 species of vascular plants, of which 37 are Balkan endemics – found only on the Balkan Peninsula, 22 are Bulgarian endemic species and are spread only in Bulgaria, whereas Yurushka mullein (Verbascum juruk) occurs only in the Eastern Rhodopes. Over 20 plants are relicts that have survived and reached us from ancient times. Among them are the Rhodope haberlea (Haberlea rhodopensis) and “Rhodope mountain mother” (Lathraea rodopaea)

Only small patches of natural forests of black pine (Pinus nigra) remained, which once covered the whole mountain range. Those echoes of the past, like “Chamlaka”, “Boraka”, “Borovets” and “Zhenda” are protected sites now.

In the past, many  forests were  cleared to develop pasture and arable land. At other  places the historical forests are replaced by shrubs, mainly hornbeam (Carpinus orientalis), thorny bush (Paliurus spina-christi), red juniper (Juniperus oxycedrus).

The rest of the Eastern Rhodope mountain range  is covered with extensive pastures and arable lands, illustrating the agricultural history of the area. Millennia of human interference formed the typical mosaic landscape – open areas alternating with shrubs and forests, which provide diverse habitats and determines the unique biodiversity of the area.

Natural grazing by large herbivores is a key process for suitable development and natural maintenance of ecosystems.