In the whole of the Balkans, there is only one black vulture colony left. Special efforts are needed to protect and incre150ase this last breeding colony in the Bulgarian Rhodope Mountains. In the Greek part of the mountain chain black vultures are breeding in Dadia Forest, but forage in the whole cross-border area.

Furthermore, the project aims to contribute to the conservation of the only native griffon vulture population in Bulgaria and the few remaining breeding pairs in North-Eastern Greece which are exploring the entire area in search of food. The project actions will contribute to maintaining a stable or increasing populations of no less than 35 pairs of black vultures and 80 pairs of griffon vultures.

The LIFE Vultures project focuses on the recovery and further expansion of the black and griffon vulture populations in this part of the Balkan region. The overall aim of the LIFE RE-Vulture Project is to reduce acute threats to enable the maintenance and recovery of Black and Griffon vultures in the Bulgarian/Greek cross border area of eastern Rhodope Mountains.

To achieve this, a large number of actions are being carried out:

Black and griffon vultures are considered as umbrella species. Their conservation will also substantially benefit other raptor species which share the same breeding and foraging habitats and main threats, especially susceptibility to poisoning. These species are indicators for healthy and intact natural habitats. 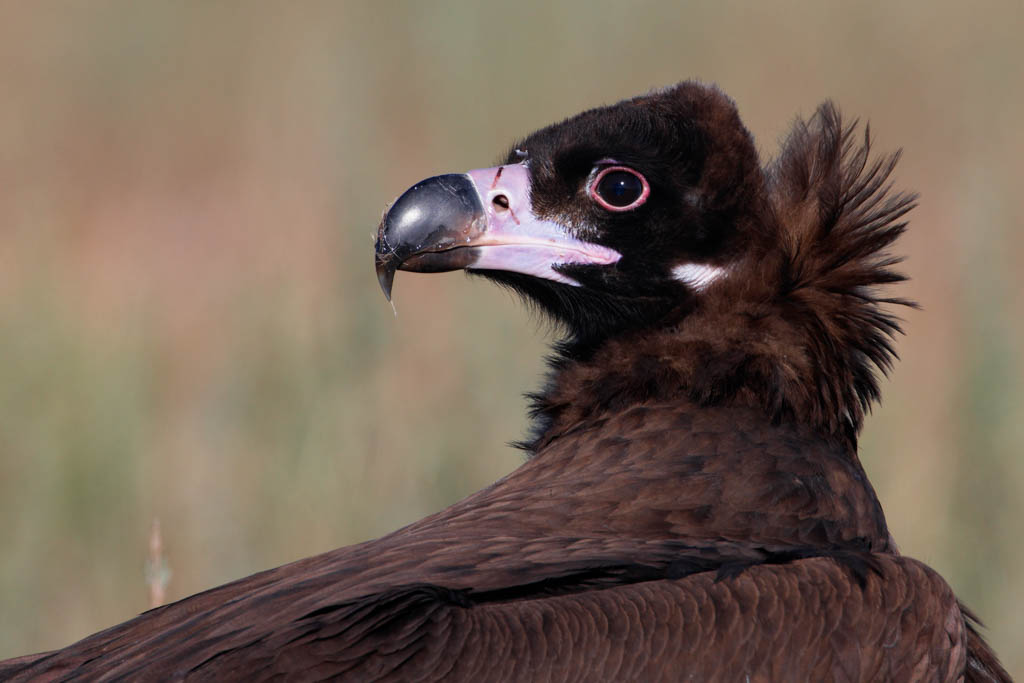 The only colony of the black vulture on the Balkans is located in the National Park of the Dadia-Soufli-Lefkimi forest (Dadia NP) in the Greek part of the Rhodope Mountains, about 25 km from the border with Bulgaria. At the end of the 60’s the population in the Dadia NP was already low with only 4–5 pairs and 26 individuals. Between 1987 and 1993 the population increased from 6 pairs to 20 pairs breeding only in the Dadia NP, which was the only breeding population in Greece. In the period 1994–2005 the population remained stable with 19±2 pairs while since 2006 it increased to 28±. The largest number of breeding pairs that has been recorded during the last 5 years was 35 pairs.

Common and widespread in the past, the black vulture is nowadays considered as irregular breeder in Bulgaria. The last confirmed breeding occurred in 1993 in the territory of Studen Kladenets SPA and Eastern Rhodopes which are considered the last known breeding area of the species in Bulgaria.

Currently the Bulgarian part of the Eastern Rhodopes is an important part of black vultures home range breeding in Dadia, but also a possible site where immature birds may settle and eventually breed. 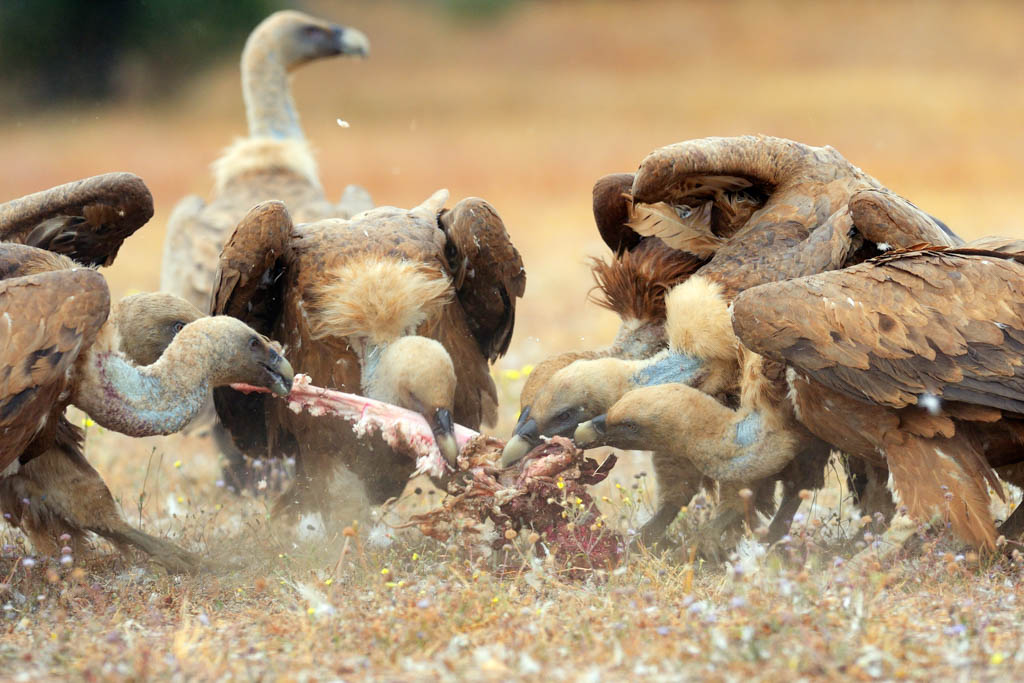 The griffon vulture was a numerous and widespread species in Bulgaria in the beginning of the 20th century. However, within a short period of only some decades until the middle of the century the species became very rare and almost extinct across its whole range within Bulgaria, mainly due to poisoning and deliberate persecution. Between 1960 and 1970 the last known breeding localities of the griffon vulture disappeared and some authors considered the species as extinct in Bulgaria.

In Greece, the griffon vulture was considered the most common vulture species in the past. In the 80’s, the population was estimated at 400–450 breeding pairs, 200 of which were in Crete. While in Crete the population is stable or increasing, the continental Greece population has collapsed. After 1990, 13–15 colonies disappeared and a decrease of at least 60% was registered in the former range, mainly due to poisoning.

Nowadays, there are only about 20 pairs spread in western and north-eastern continental Greece and the population is still decreasing. The project area in Greece, Rhodopes Mountains and their foothills in the Evros province are the most important strongholds of the Griffon vulture in continental Greece, harboring 7–8 pairs.